This system comes straight from the Doce Pares International Headquarters based in Cebu, Philippines. We specialise in single and double, long and short weapons. We also specialise in knife defense and empty hand combat.

We use the 5-year curriculum of Supreme Grandmaster Dionisio Canete (ODL).

Eskrima, also known as Arnis or Kali, is an indigeneous Filipino Martial Art which utilises weapons such as sticks (single and double), knife/daggers, espada y daga (sword and dagger), bangkaw (staff/spear), mano-mano (empty hands: kicking and punching, locks and immobilization, takedown and grappling) – the Filipino way. It is a complete system by itself.

Doce Pares is an assemblage of various styles. Styles that were brought and introduced into the organisation by the founding masters in 1932. To the credit of the leaders of the organisation, these diverse and often contrasting styles and skills were all successfully integrated and passed on to the next generation of Doce Pares adherents.

Doce Pares was a virtual supermarket of Eskrima styles, hence, there’s the Larga Mano of Eulogio Cañete; the Espada y Daga of Felimon Cañete and Jesus Cui; the Corto Linear of Teodoro Saavedra and later on of Venancio Bacon, Delfin Lopez and Timoteo Maranga; the Corto Orihinal and Media Largo of Felimon and Iluminado Cañete; the Hirada and Retirada of Vicente Carin and Ponciano Ybañez; the Mano-Mano and Baraw of Maximo Cañete and Jesus Cui; the Corto Kurbada and Abaniko of Ciriaco and Felimon Cañete respectively. Thus there are many masters today who only teach and promote one particular style and yet can validly claim to belong to Doce Pares family. 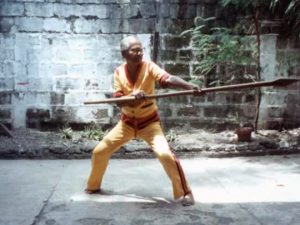 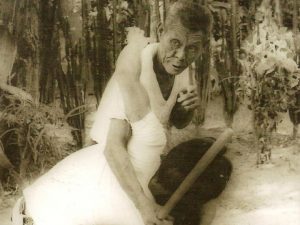 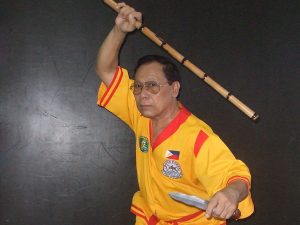 It was in early 1970 when Diony was commissioned by his father Eulogio Cañete, the President of Doce Pares to study, prepare and formulate a program of instruction that would cover and comprehend all the component styles. The specific objective was to come up with a training curriculum that would give equal treatment and prominence to all the original styles and by all means to afford due honors and recognition to all the founding advocates. Hence the birth of the “Multi-Style” system which very much set well with Grandmaster Diony as he and his three elder brothers were among the very few who were fortunate to have learned all the original styles as brought into and introduced by the founding masters whenDoce Pares was formed in 1932.

"Components of the Multi Style System"

There are seven (7) main components of the multi-style system: 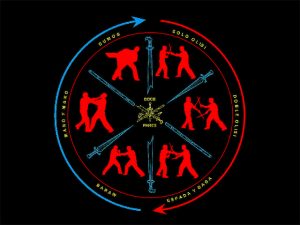 All the three styles of Corto (Close Range):

And four (4) components of Mano-Mano: 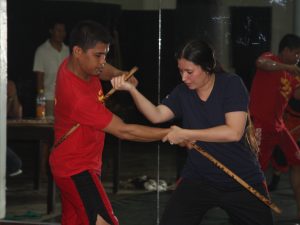 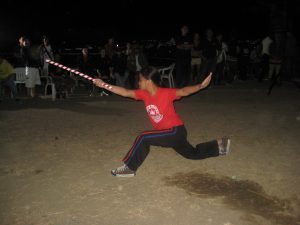 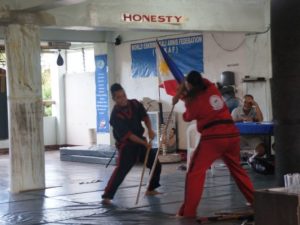 The Foundation of Doce Pares

Doce Pares was founded on January 11,1932 by a small group of Eskrima Masters spearheaded by Eulogio Cañete, Lorenzo Saavedra and Teodoro Saavedra.

The name Doce Pares was adopted in reference to the famous twelve bodyguards of Emperor Charlemagne of France (AD 768-814). These twelve people – all top swordsmen – were known to have fought and killed hundreds of enemies in battles.

Doce Pares, which means “twelve pairs” in Spanish, was also meant to honor the twelve people who originally planned to form the organisation. And when the membership rose to twenty-four at the time of the inauguration, it indeed became more significantly fitting. 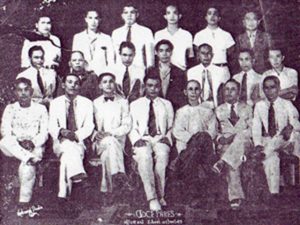 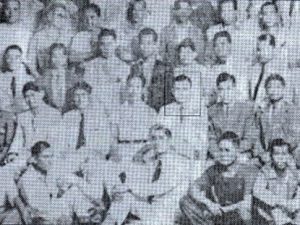 Eulogio Cañete held on the presidency of Doce Pares until his death in June 1988. His second eldest son Eulogio, jr. succeeded him as President up to the present. His youngest son, Grandmaster Diony is the Executive Director and Chairman of Doce Pares Council of Masters. (None of the founding members are alive today, the last one GM Felimon Cañete died in 1995 at 91 years of age)

Subsequently, the organisation became Doce Pares, Incorporated when it was registered as non-stock, non-profit corporation with the Securities and Exchange Commission which issued certificate of registration no. 1373.