Our Hybrid FMA fighters represented our club in the Undisputed 2013 MMA Kickboxing Boxing K1 tournament held at the Charmandean Centre in Worthing.

First to go was Ferdie to do K1. The rules weren’t very clear and Ferdie only managed to bag a Silver. He did very well and is already looking forward to the next fight.

Sam Brimpo was our pride of the day when he won Gold in his MMA event. He won by a rear naked choke.

Jojo Sabado was trained to K1 but his opponent was a no show. He was offered an impromptu MMA bout, but when he came to the mat, his opponent was ready for Submission Wrestling only. Jojo accepted graciously and got a Silver out of the fight.

Chan managed to do many attempts in submitting his opponent in an MMA bout where he almost won by guillotine. But he is happy with a well-coveted Silver for now.

And finally, but not the least is Jamie Fitzpatrick who managed to put his opponent to sleep with a neck guillotine. He was put in a round robin of four fighters and he won a Silver.

All of these guys competed in K1, MMA and Submission Grappling for the first time and they performed better than expected. Well done team!

(The event is sanctioned by WKMA) 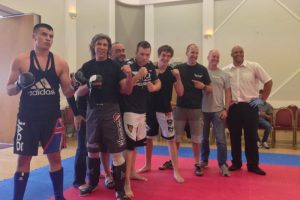 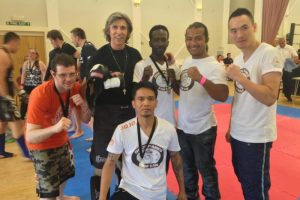 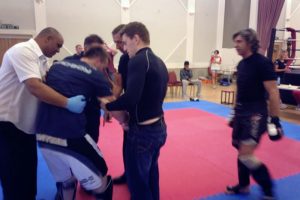 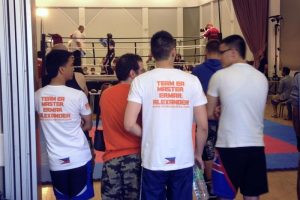 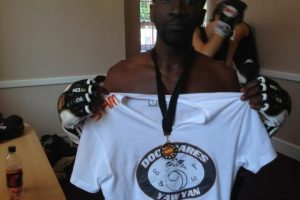 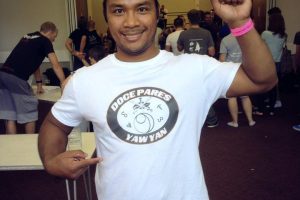