Barry Littlejohn writes about his experience at the 2018 WEKAF World Championships in Hawaii on 19-21 July 2018.

It started with just me and Kevin (Littlejohn) going; then we where joined by two others. There were 12 countries taking part.

At the opening ceremony, all the countries lined up and then the national anthems for Philippines and the USA were played. A warrior and a chief blessed the mats and danced.

The tournament started with the forms and then padded stick competitions. The second day was a busy day for single and double stick full armour fights, finished of with Bangkaw sparring.

Great Britain had the smallest team of 4 we did great:

We did HYBRID FMA and Great Britain proud. There were lots of great and hard fights. There were 8 rings setup. Many, including I, contributed to judging.

I didn’t realise that there were so many Filipinos in Maui. I felt like I was in the Philippines. 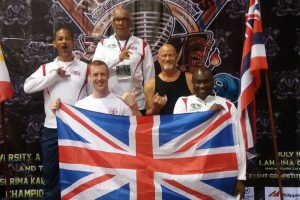 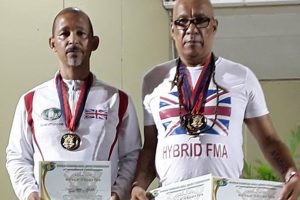 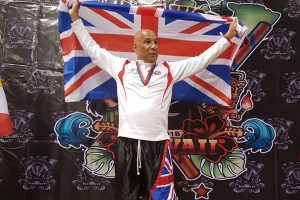 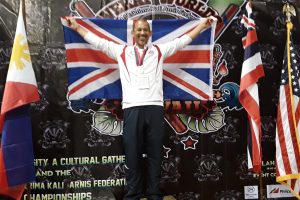 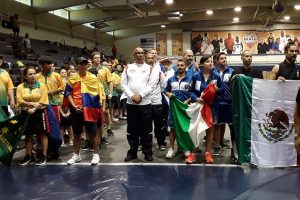